“People would ask you, ‘how are things in the hospital?’ whenever we did a training session over zoom, but you couldn’t really fathom or put into words a true account, because you know they would never understand. You can’t fit into two minutes of chatting to someone between sessions and put into words what is actually happening”.

Lucy Camlin is 27, and originally from Northern Ireland but came to Scotland almost 10 years ago to study Physio Therapy at University in Edinburgh. Now based in Dundee, Lucy began playing for the Scotland women’s team in 2014 and is hoping to qualify for the Birmingham 2022 Commonwealth Games. However, hockey isn’t Lucy’s only priority. She’s also an NHS Physio in Tayside, and has been on the front line of Covid-19 since The Pandemic began.

Starting her hockey career back in Northern Ireland, Lucy was playing for her school team. But didn’t qualify for the Ulster development program: “There were open trials to play for Ireland and my coach was still really keen that I was good enough. So she put me forward for it, and I was picked as first choice goalie. So I went from nothing to everything in the space of a couple weeks”, all this at just 15. Lucy went on to play in Singapore at the youth Olympic Games and then came to Scotland to study.

Having taken some time out on international competitions, as you do, Lucy wanted to focus on her ‘studies’, traveling back and forth to Dublin was a massive commitment, and made it hard for her to balance university and her training. However, this didn’t last very long and Lucy found herself back competing for her now local team. Although she was attending QMU, and played for them, Lucy was also playing for the University of Edinburgh. Yeah, the girl who gave up competing internationally because it was too much, was now playing for two teams.

She went on to have a very successful career with The University of Edinburgh side, helping them to win the Scottish trophy for the first time ever. Just after Glasgow’s Commonwealth Games, Lucy was invited to play for the Woman’s national squad and began training with them in 2014. Having not played internationally for three years meant that Lucy was now able to qualify under residency rules and represent Scotland.

“The rest is sort of history. I got my first Cap in 2016, playing against South Africa, on their home turf. We beat them 1-0. Scotland played against them the day before, with a different goalie and had lost 9-0, so I was a wee bit nervous going into the match. I don’t know if there was clingfilm over the net or what, but something went well for me that day.” I think we can all safely say that it was in fact Lucy’s talent and dedication to the sport that helped defend goals that day, not clingfilm, but I digress. 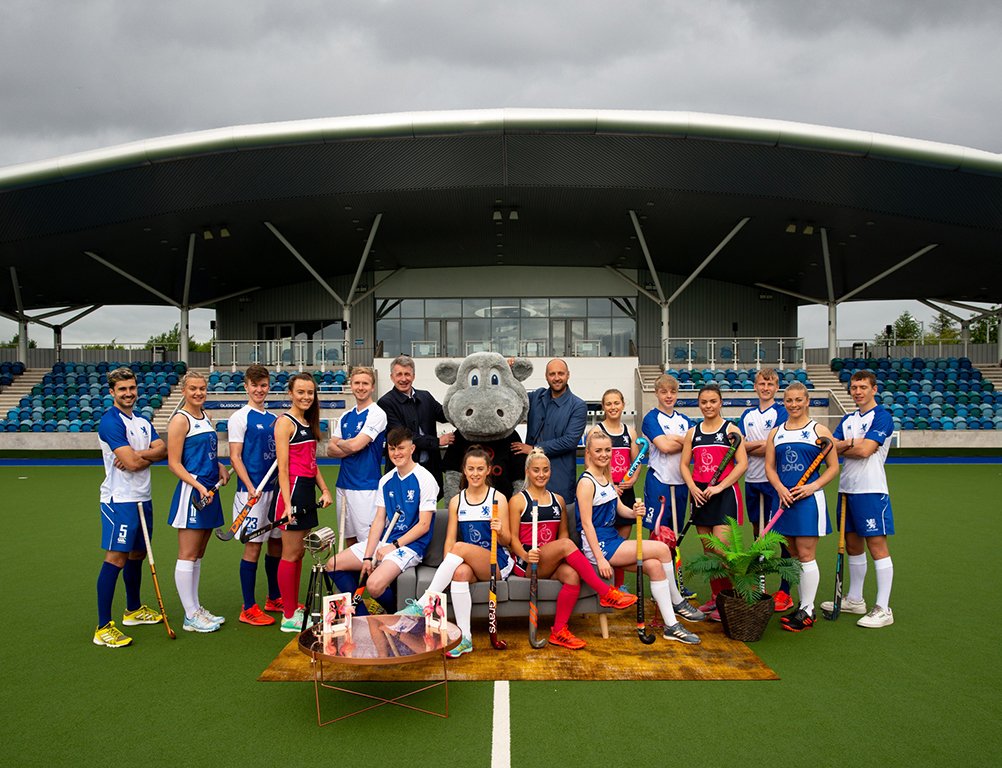 Lucy’s goals now rest on next year’s Commonwealth Games: “I was a volunteer at the 2014 Games, sitting at the side of the pitch and then a few weeks later, was training with them. It was bizarre. Having been reserve Goalie at the Gold Coast Games in 2018, makes me even more determined to make the squad for Birmingham next year.”

To keep her occupied in the meantime, Lucy is keeping herself entertained in her full time career as a physio, working for the NHS in Dundee. Lucy continued this work throughout the pandemic. I asked her how she balances both sides: “They bounce off each other, I think I’m so lucky. It humbles me to think that I get to do both, some people just have a job or just play sport but I get to do both. Because my job really keeps you going. Working in a hospital is pretty full on and there’s not an awful lot of rest, it’s not so much emotionally draining, more that there’s a lot to deal with I suppose,

“But I can’t beat myself up if I don’t get selected for the team or make the final squad, because the next day, I could be treating patients who are dying or sick, so it actually keeps me and my life balanced.”

It’s women like Lucy who show us all, that no matter how hard you’re working, you can always work harder, (we do not encourage this behaviour). Living and training and working through Covid-19 has had an effect on so many people but for Lucy, since the pandemic began, has been deployed to three different hospitals. Under the NHS ‘Covid-age scale’ where it determines how fit and healthy you are, and how at risk you are from the virus, Lucy, as fit and young as she is, was pushed right to the top and therefore put on the frontline.

Lucy shared a lot of her experiences from being on the frontline. From being one of three physio’s without PPE in the very first weeks of the pandemic. To holding dying people’s hands who weren’t allowed to see their families. To teaching graduates, fresh out of university alongside teaching senior staff who hadn’t been on a ward in 25 years: “I don’t think its going to hit us what really happened for a while yet, you suddenly remember things that happened, that you completely blocked out, but I try to look at the bright side of everything. I’ve progressed in my career faster than I would have otherwise and I have learned so much. We all figured out we’re tougher than we first thought, we just got chucked in at the deep end and we survived.”

I’ll tell you what I said to Lucy when we spoke earlier in the week; there’s being chucked in at the deep end, and there’s what you just described to me.

The hockey side of her life was also affected by the pandemic, unable to get to the gym and train and working so much more, Lucy had to find other ways of staying fit. She found a patch of grass near her flat and she landscaped into an outdoor space. Keeping her mind and body going between hospital shifts. Apart from that, Lucy and her team were carrying out sessions on zoom. Things were not easy. But being part of a team sport definitely had its perks and they were able to keep each other going.

As with any women’s sports there is always an extra barrier to face, as a whole women’s sport doesn’t receive the same media attention or funding: “I’m really keen to show what women can achieve. If you have aspirations and goals, then just run with them. We’re so lucky nowadays that women have a lot more freedom to achieve their goals. I’m really passionate about young girls sticking in at sports, because you see so many high school girls dropping out.”

By the age of 14, girls are twice as likely to have dropped out of sports. A study conducted by the Women’s Sports foundation over a 25 year period outlined that the top factors for this were, lack of access, social stigma and costs.

Here at SW/S it’s our mission to give women and girls equal opportunity and access to sports, it’s our duty to bring the stories of women who do enjoy sports and the gains that they get from their sporting careers to build up and encourage girls to stick in and achieve their dreams. Lucy is a role model for those young girls, that you can put in the work and have your dream career, on and off the pitch. 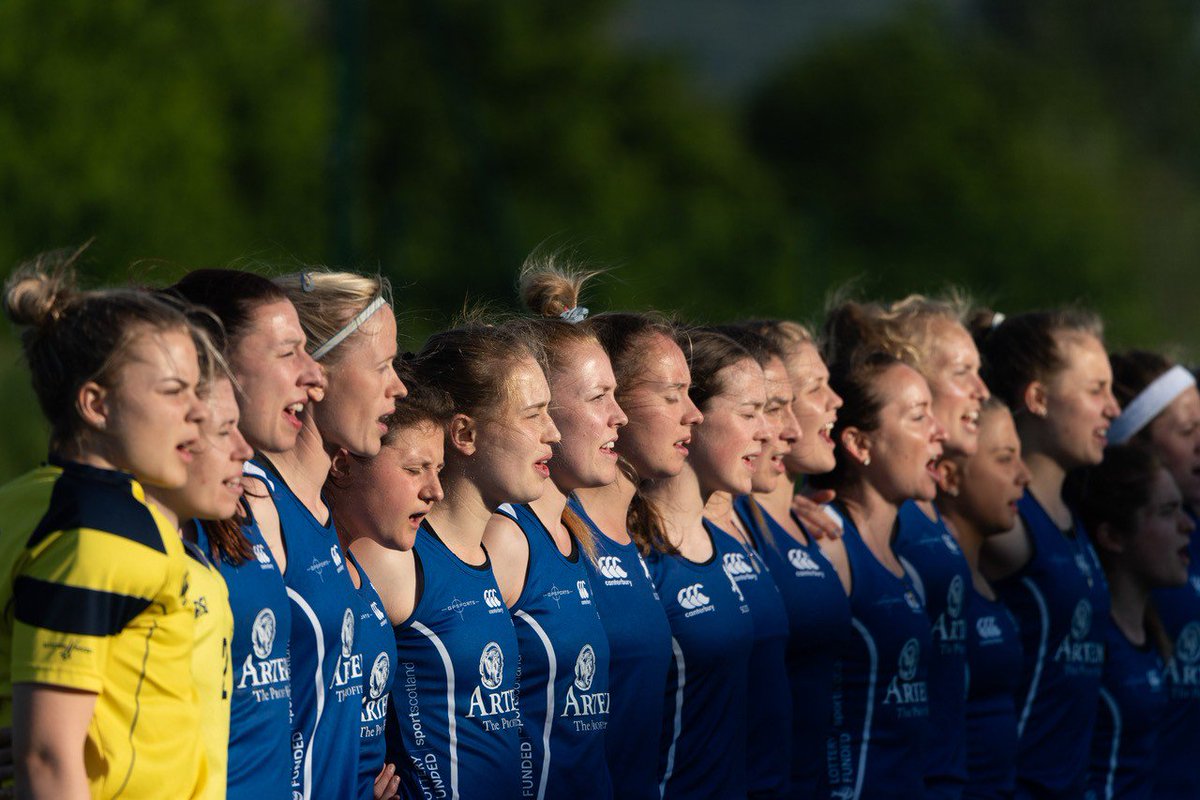 All too often these aspirations are made the more difficult by a lack of understanding into women’s health. If you remember when we spoke about Dr Emma Ross’ research into the subject, she spoke about how women in sports don’t receive the same care as men because there isn’t research there to show how to care for girls and women in sport. Osteoporosis is a common problem amongst female athletes. This can be caused by not eating enough which in turn affects menstrual dysfunction: “I actually had a bone density scan done, when I was 18 and I had osteopenia, which is the beginning stages of osteoporosis, and I was like oh my word I need to change something, I was not healthy”,

“I knew I needed to start lifting weights and eating better. It was a massive curve for me, to be told that your spine and pelvis are degrading, I knew what I had to do and that was to look after myself better.” The Sporting world needs to address the suffering that its female players are going through.

Lucy speaks up for those who might not have the same platform as herself. A frontline worker, playing on the national squad, encouraging young girls into sports, and speaking to sports obsessed journalists, I just don’t know how she does it all. Sometimes its not about the winning, its about what you do when you’re not taking part. 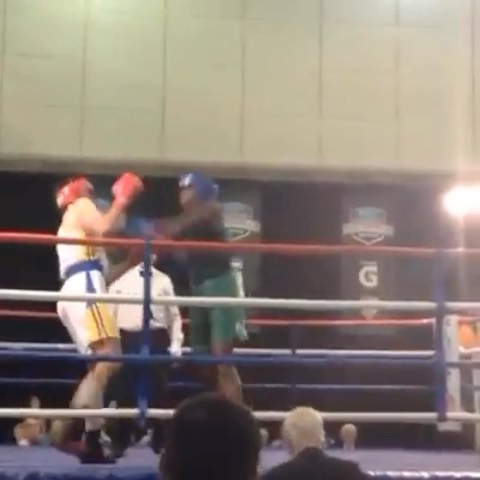 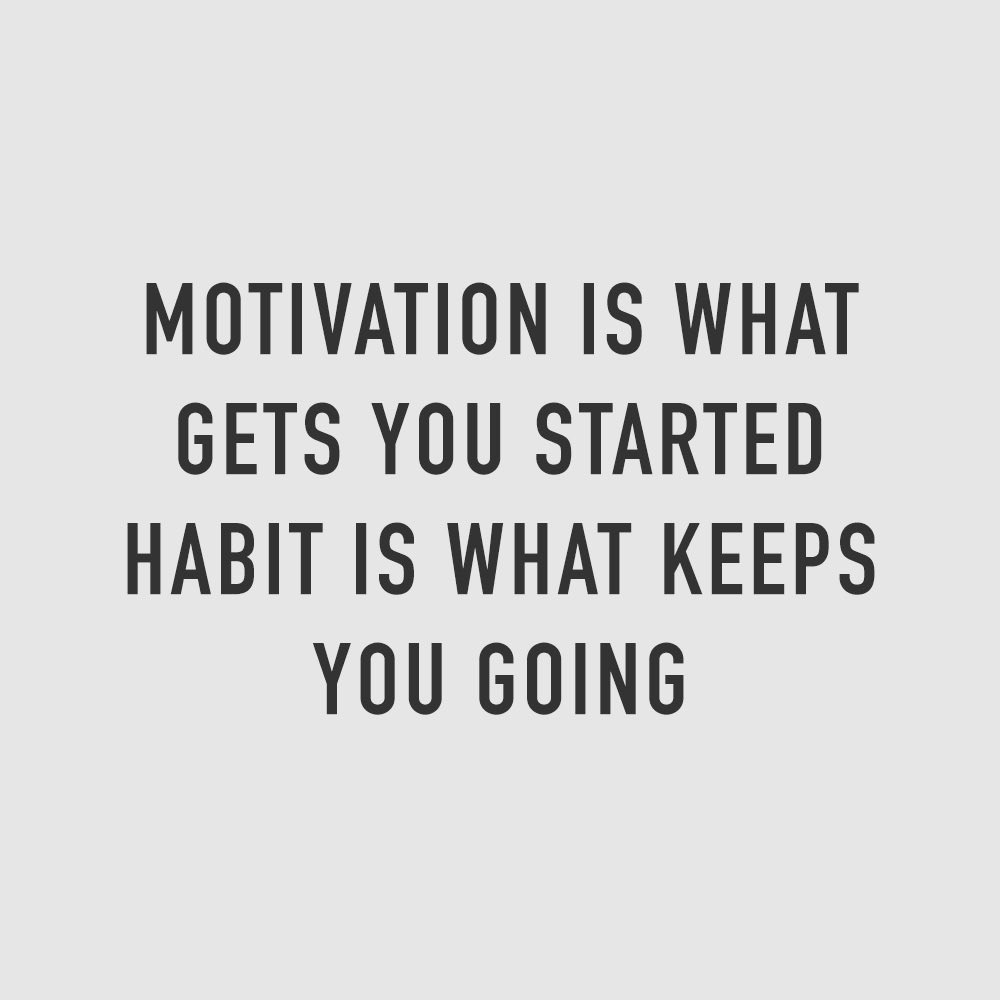 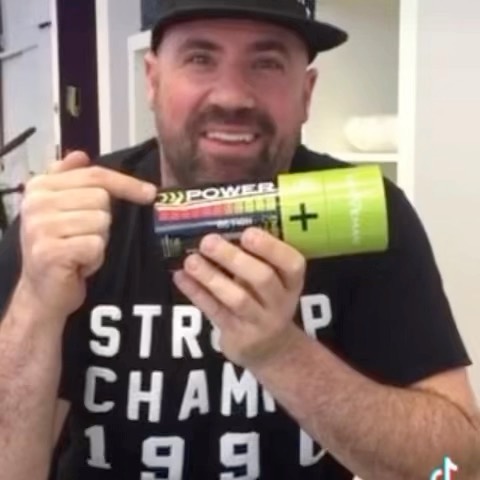 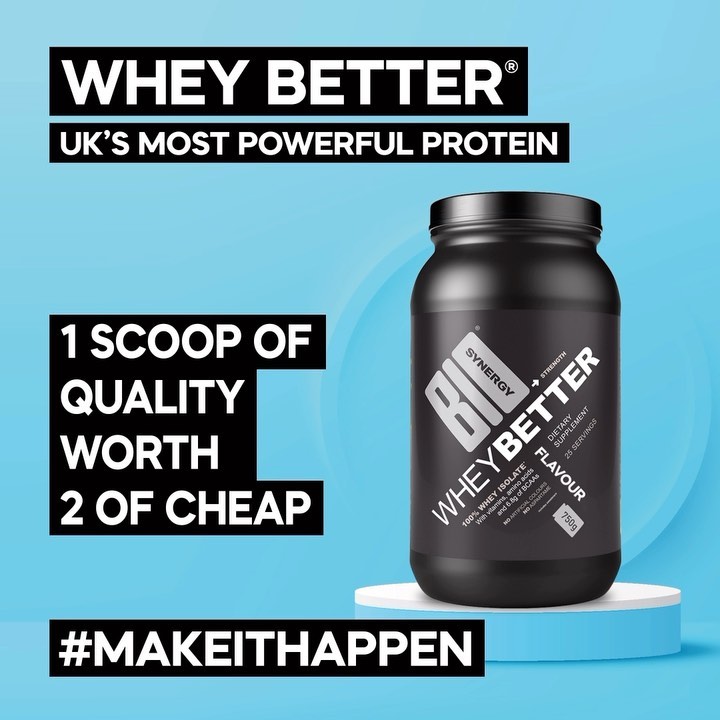 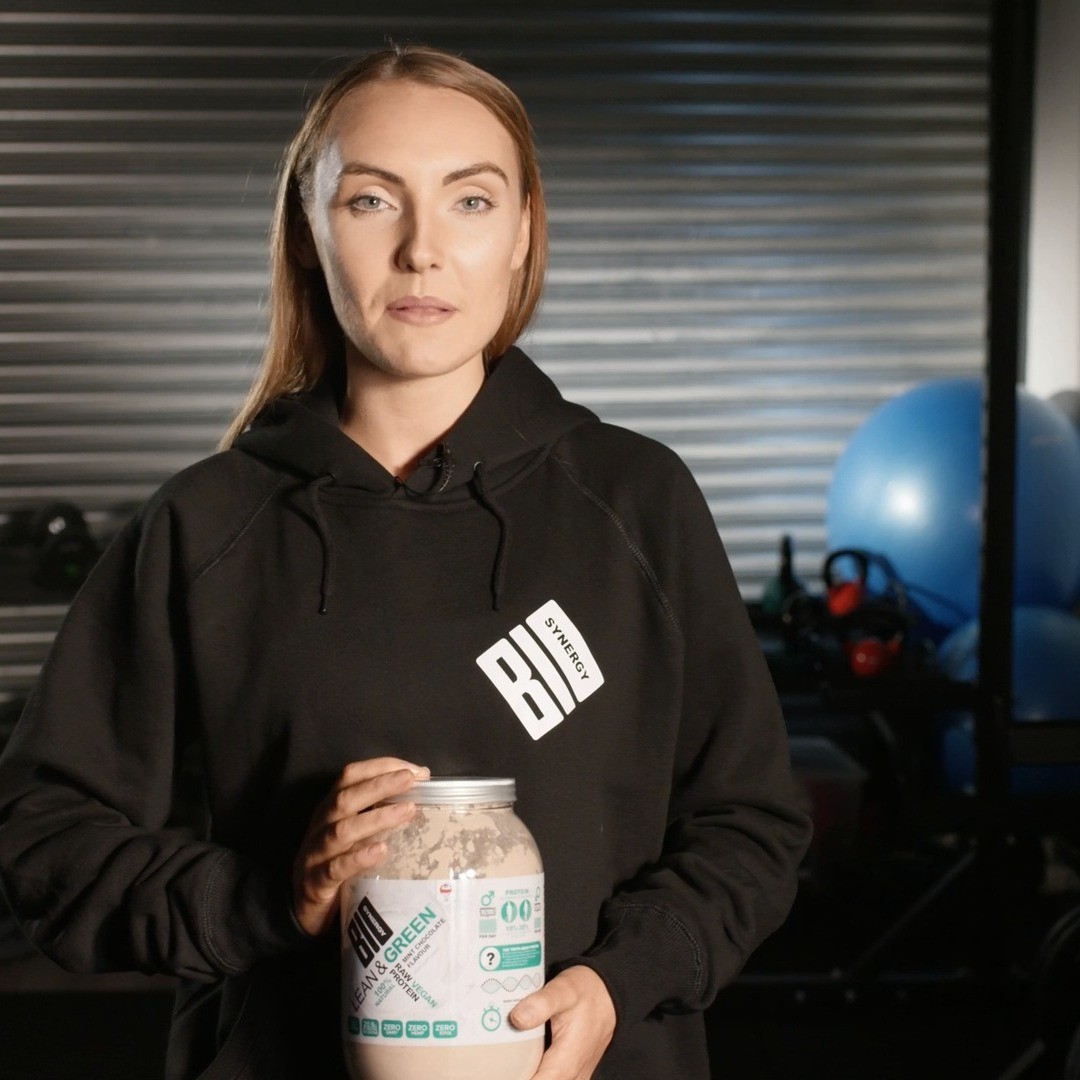